Skip to main content
You are here:
Home / 'No fear' the key to Scudetto victory

'No fear' the key to Scudetto victory

Napoli are ready to embark on perhaps the two most pivotal months in their recent history as they chase down Juventus in pursuit of their first Serie A title since 1990. 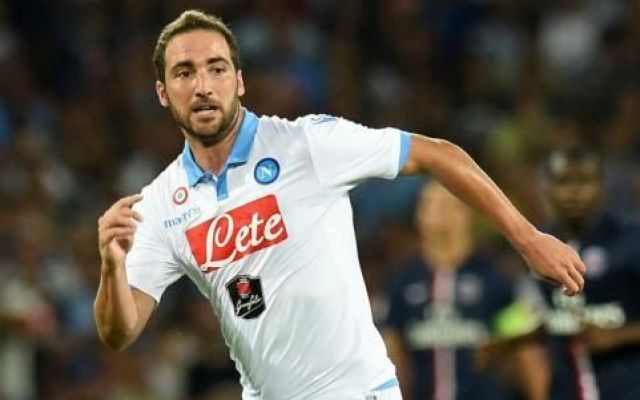 Toppling the Old Lady won’t be easy
Whilst ‘squeaky bum time’ may not be an adage that translates particularly well into the Italian language, it will certainly be a sentiment that rings true with many pundits taking the view, including Napoli midfielder Marek Hamsik himself, that Gli Azzurri need to win all of their remaining eight games should they wish to overturn the three-point gap that stands between them and the Old Lady at the top of the Serie A table at the time of writing.

In short, Napoli need to be faultless. After all, you can see why nothing less than perfection will do against a Juventus side who for the last two or three seasons have stormed to the Serie A title without so much as an iota of competition from any of Italy’s historic clubs.

Just last year, despite partaking in a gruelling 57-game season which included a run all the way to the final of the UEFA Champions League where they were beaten by Barcelona, the Turin-based side were still able to bring home the Scudetto with a cushy 17-point buffer.

And with less than a quarter to go of this season’s domestic campaign, the latest Serie A betting odds have Massimiliano Allegri’s men at 2/7 to retain the title as of the beginning of April.

Napoli need to play to their strengths
For Napoli, whilst they may not possess the cultured ‘match winners’ they did back in the heady days of Diego Maradona and co, by modern standards, ‘firepower’ is still of a real surplus in their fledgling squad this season.

Argentine striker Gonzalo Higuain has gone from strength to strength since his arrival from Real Madrid back in 2013 and, as a result, is the league’s top scorer and is a long way ahead of Juve striker Paulo Dybala.

And such is the attacking talent that Napoli have at their disposal, that manager Maurizio Sarri would be stupid not to ‘release the shackles’ so to speak and just let his side go for it.

It’s now or never
With some of Europe’s elite clubs rumoured to be sniffing around a clutch of Napoli’s most prized footballing assets (both Higuain and Lorenzo Insigne have been the subject of attention recently), the inconvenient truth is that this may be the west coast side’s best chance of bringing home the Scudetto for quite some time.

And whilst this piece of knowledge will do little to alleviate the nerves around the Stadio San Paolo for the remainder of the season, it is important for Napoli fans to remember that Juve themselves won’t be without their concerns.

For one thing, three points is an extremely slender lead for a side who have not had to ‘battle’ their way to a domestic league title for quite some time.

And with Napoli’s more favourable end-of-season run-in, Juve will likely be just as nervous as they are, with both clubs preparing to venture on the final leg of a title race that will surely go right down to the wire.