Skip to main content
You are here:
Home / Napoli sitting in all too familiar position

Napoli sitting in all too familiar position

Napoli have found themselves in an all too familiar position in pursuit of Juventus at the top of Serie A in the early stages of the campaign. Under Maurizio Sarri, the club almost ended the Bianconeri’s stranglehold on Italian football, only to lose out on the crown by four points. Their margin for error was non-existent and defeats at the hands of Roma and Fiorentina were to loom large. Sarri left Gil Azzurri at the end of the campaign to join Chelsea, while a former Blues manager Carlo Ancelotti made the decision to move to the Stadio San Paolo. 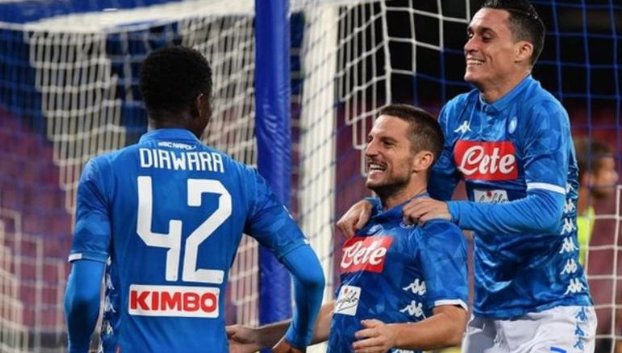 Early defeats to Sampdoria and to Juve have knocked them off the pace of Massimiliano Allegri’s side. Inter have joined the pursuit of Juventus at the top of the table, and although both teams have played well, the addition of Cristiano Ronaldo has appeared to make the Bianconeri almost unstoppable. The Portuguese has already played an important role for his team, saving them against Empoli on the road. It seems no matter what Ancelotti and his team do, they will always be playing catch up to Ronaldo and company.

Napoli are six points off the pace so hope remains, with the club being backed in the latest Serie A betting odds at 13/2 to win the title. However, one of the questions will be whether that Juve can maintain their form over the course of the campaign and how players like Ronaldo, Mario Mandzukic and Giorgio Chiellini hold up with the rigours of the domestic and European seasons. Gli Azzurri do have the benefit of youth in their ranks at key positions, which could make a huge difference come the end of the term. It could be argued that the Juve dynasty is nearing its end, with the signing of Ronaldo used only to secure their ‘white whale’ - the Champions League.

Ancelotti’s side boast arguably the best defender in the world in Kalidou Koulibaly, who is in the prime of his career at the age of 27. Nikola Maksimovic, Mario Rui and Elseid Hysaj are all solid players and will improve with further time under Ancelotti’s tutelage. Sarri played an expansive style of football whereas Ancelotti is more traditional for Italian football. It could well make the difference in closing out matches where remaining tight at the back is more important than searching for further goals. Napoli are blessed with young talent in the middle of the park as well, with only Marek Hamsik being older than the age of 28. Between Allan, Piotr Zielinski and Fabian Ruiz there is stamina and quality to match Juve in the middle of the park.

The forward line is the main difference between Napoli and Juve. Dries Mertens, Jose Callejon and Lorenzo Insigne are talented players, but their rivals have supreme quality in the form of Ronaldo, Mandzukic and Paulo Dybala. Until Ronaldo and Mandzukic are no longer present in the Juve ranks, Allegri’s men hold a crucial advantage. In two areas of the field, Napoli have comparable talent along with a coach that boasts arguably a more impressive record than his counterpart. The final third is the most important aspect of the field and it may be the reason why Napoli fall short again.