Napoli striker Victor Osimhen was conspicuously absent as Napoli suffered their second league defeat of the season at home to league leaders AC Milan at the San Paolo on Sunday night. Super Eagles of Nigeria international Osimhen was sorely missed as Napoli fell 3-1 to the Rossoneri. 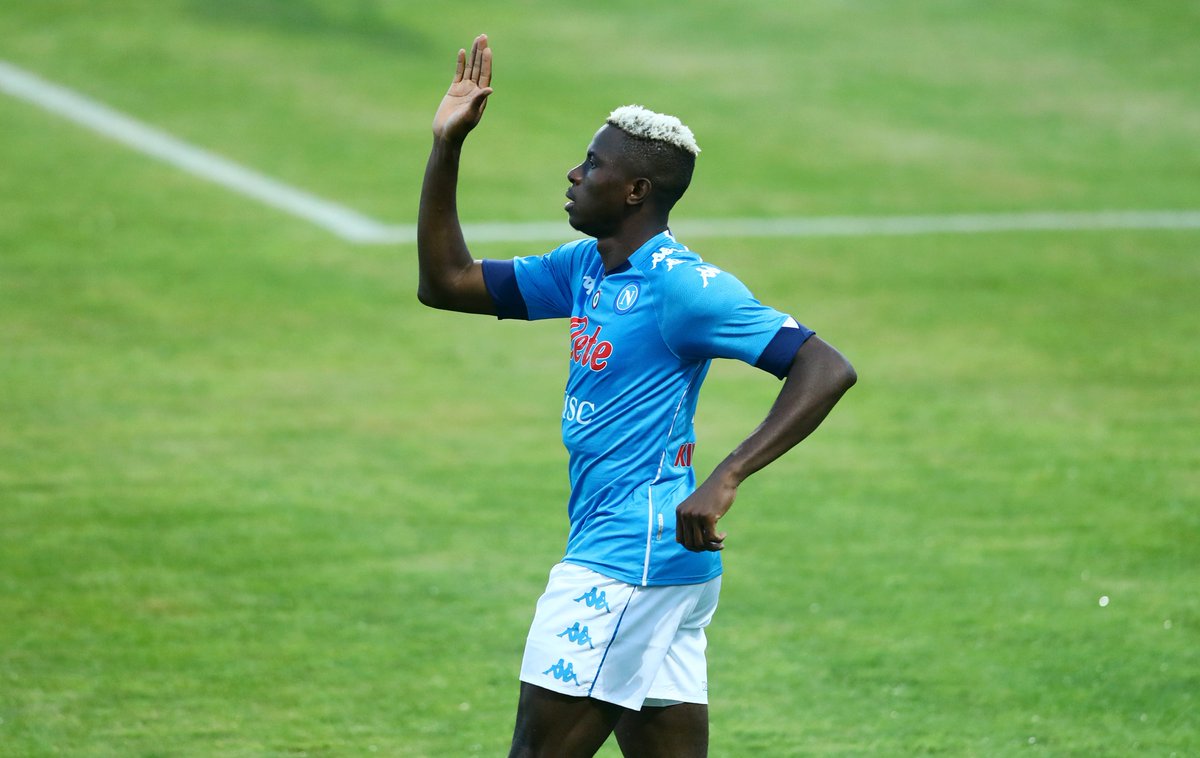 Osimhen missed the game because of the shoulder injury that he sustained while on international duty with Nigeria. The young striker sustained the injury during the 2022 African Cup of Nations (AFCON) qualifiers with Sierra Leone in Benin City, Nigeria. He scored one of the goals as the Super Eagles shot into a 4-0 lead in the first half. Victor Osimhen was replaced by Paul Onuachuafter he suffered the shoulder problem.

His exit affected Nigeria badly as they were pegged back by their opponents. The Sierra Leoneans came back from four goals down to earn a deserved point via a 4-4 draw in the Group L clash played on Friday, November 13, 2020. Victor Osimhen missed the return leg between the two countries last week Tuesday because of the aforementioned injury problem as the game ended in a goalless affair.
Ahead of the Milan game at the weekend, Napoli released a statement on Osimhen last week as it was revealed that the lanky striker has begun physiotherapy on the injury and that his monitoring would be on a daily basis.Osimhen is the most expensive player in the history of Napoli after the Parthenopeans paid €80m to sign him from French Ligue 1 club Lille in the summer. He was sorely missed against Milan on Sunday night.
His starting spot in attack went to Belgian international Dries Mertens who scored the only Napoli goal against the Rossoneri. By that time, the visitors had led 2-0 courtesy a brace from the in-form Zlatan Ibrahimovic. Shortly after Mertens halved the deficit, Chelsea loaneeTiemoueBakayoko was sent off for two yellow cards to give Napoli a lot of work to do. They didn't recover from that blow with second half substitute Jens PetterHauge wrapping up the points for Milan in added time.
The loss meant Napoli drop to sixth on the league table with 14 points from eight games. On his part, Victor Osimhen has two goals and one assist in eight Napoli games since his summer transfer.