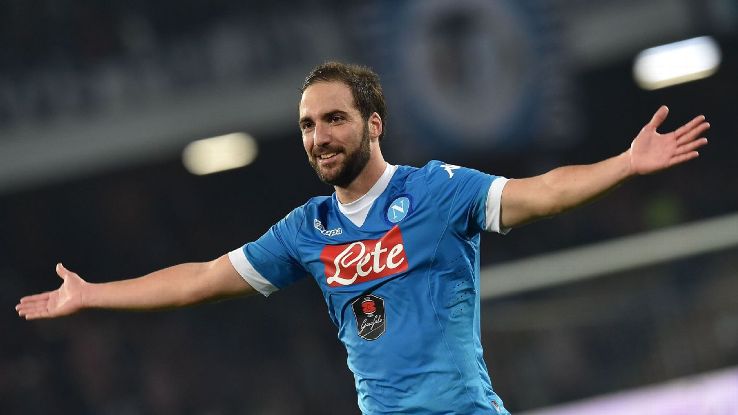 The Daily Mirror reports that the former Real Madrid forward says he is flattered by the interest by the manager of The Reds, Jurgen Klopp and would be willing to join the German on Merseyside despite the lack of European football next season. The loss of Liverpool to Sevilla ended the hopes of Liverpool playing in the UEFA Champions league next season and finishing eight in the Premier League means no action in Europe.

According to the Automatenherz tipsters, Christian Benteke is most likely to leave after enduring a torrid season despite his 32.5 million Pounds move last summer. Daniel Sturridge is also unclear about his next move. The Gunners were the favourites to sign Higuain, despite past moves not going through until Higuain’s comments.

Napoli have set their price at €30m for Manolo Gabbiadini as the player has resolved to leave the club. The 24-year old got little opportunity this season as Higuain was everywhere. According to Corriere dello Sport, the player has now made up his mind to leave, especially after being ruled out of the squad for Euro 2016. Clubs interested in acquiring the player include Wolfsburg, Hamburg, West Ham, Stoke City, Inter and Fiorentina.